Transforming communities and saving the planet, one building at a time 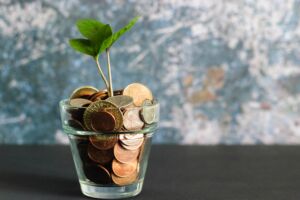 As Energy Costs Soar — Cut Costs and Save the Planet 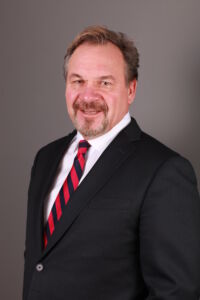 Today we focus on rising energy and carbon costs and the impact on school board facilities. Tim Cresswell provides deeper insights on how to reduce your carbon footprint, save the planet, keep your people safer with increased ventilation, and save a ton on energy costs. That is low hanging fruit. I sat down with Tim again, just to dig a little deeper into how all this happens…

I’m Liz Beatty and this is the new healthy building podcast. We basically tell real stories about transforming communities and saving the planet, one building at a time. Now, today’s show was plucked from this week’s headlines, or perhaps more accurately, from your pocketbook. Tim and Marie Cresswell, who lead Thomas Cole Inc, Climate Change Leaders and Cleaner Air for Schools. Let me eavesdrop on their take here. Listen to this… 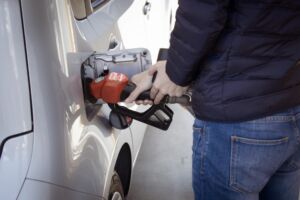 That’s nothing. When you take a look at the forward curve of the price of natural gas to heat homes, public buildings, private buildings, let’s say cost $1. Today, that cost by 2030 will be at least minimum $3 For the same unit

That really makes the work that we are doing so much more significant with Climate Change Leaders and Cleaner Air for Schools. 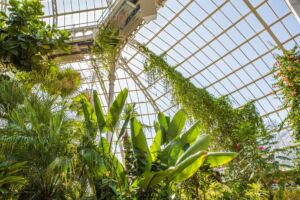 Interesting enough. Today I had a conversation with a major consultant that’s doing advisory work for a large university here in Ontario. Their plan is to develop a greenhouse gas roadmap. But while they’re doing the roadmap, they want to take a look at what can we be doing right now. To reduce carbon. I introduced the idea of ventilation, the idea of duct sealing. And here’s a fun fact. Duct sealing can reduce the utility cost by 10% – 60%. Electricity 40% gas, you equate the gas to carbon reduction. 20% reduction in carbon with a simple payback of four years. That is low hanging fruit. Wow.

So, what I’m hearing is slashed your carbon footprint, save the planet, keep your people safer with increased ventilation, and save a ton on energy costs. That is low hanging fruit. I sat down with Tim again, just to dig a little deeper into how all this happens.

Of course, everyone is focused on making our schools safe right now, across the province across the country. While the pandemic may be consuming the attention of the world right now, it is not our only existential threat. We can’t lose sight of climate change. Big picture, what are the challenges and goals of climate change that we’re reaching for as a nation. 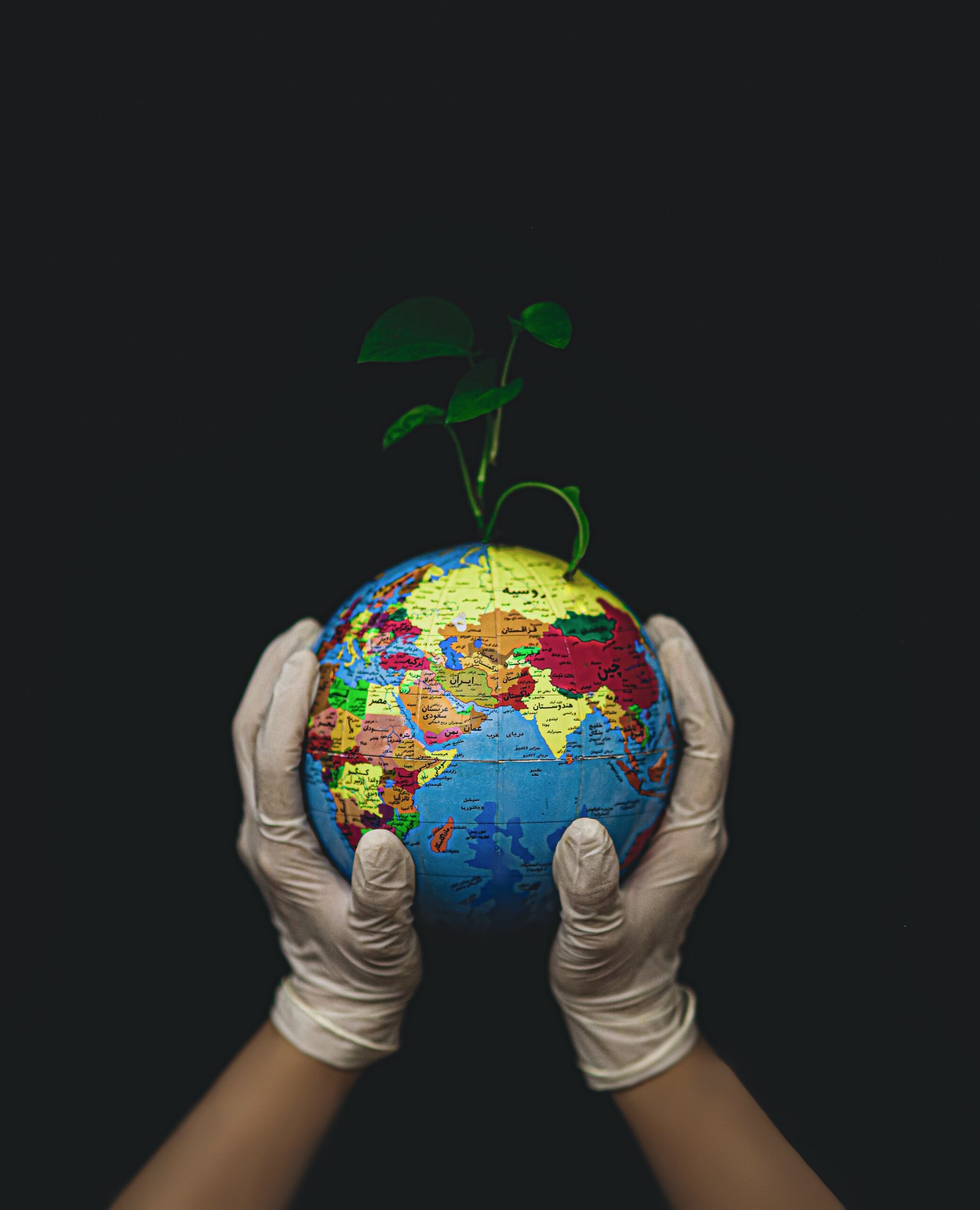 Great place to start list. If we go to the Paris accord, there’s two gates we must hit. The first one is 2030, which looks at a 37% reduction in carbon. The next gate is 2050, which is carbon neutrality. So, if those are the goals, then the one of the challenges ahead and identify it. And in these ways, number one is culture. Are we ready as a community to take on carbon transformation to where are we going to get the money to do this, it’s going to take a lot of capital to make the necessary changes to building infrastructure to reduce carbon. So that’s the second. The third and fourth is our capacity and capability, our human capacity and capability to transform. We have a skills gap. And that’s one of the biggest challenges that we have right now is the people capacity to take technology off the shelf and get it put into buildings successfully.

Schools seemed like a good place for this climate change battle to dig in. And boards are being challenged to reduce their carbon footprints and without costing taxpayers a lot of money, particularly when our economy has been slammed by the pandemic.

I think you’re pressing on the button. The big piece here is capital. Right now. Schools are funded by the province for capital, which is repair and replacement. If we rely on the government pay for repair and replacement and at the same time, invest money into clean technology. I can’t see that working. In fact, the weight of this will be tremendous on taxpayer. We need to start thinking different. We’re not going to be able to transform and hit those Paris Accord goals that’s 37% reduction in 100%. So, what do we do? The one big lever that we have and we need to take advantage of is using the energy saved from deep retrofits and the energy made through the installation of new renewable technology as a source of cash flow to pay for these investments.

A lot of energy reduction ways the past may not be enough, incremental improvements won’t get us there. And nobody knows this better than the climate change leaders of the next generation. Here’s a clip from a conversation I had with a Gravenhurst grade 12 student. Her name is Sage. 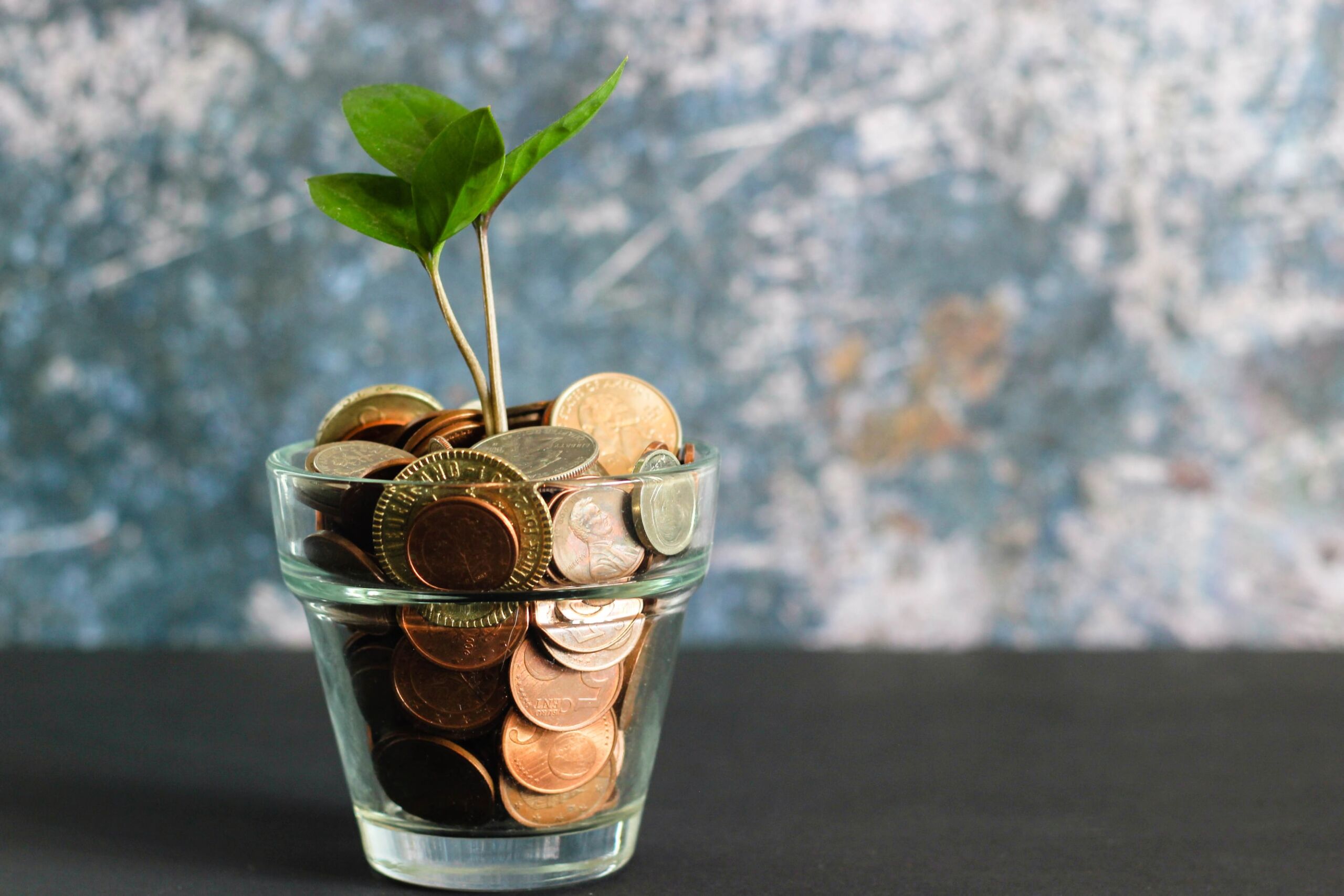 After a bunch of climate change activism was happening in April of 2019. We were all inspired and we wanted to make change in our school board. There has been so much discussion about climate change for years now, because we know that our kids will be growing up with the changes that we make, matter. So we all want to make a difference so that we make a better world and a better future for generations to come. But I think that’s a huge thing right now is the cost, it doesn’t seem affordable to switch to more carbon conscientious things. I think the other hurdle is people don’t think that that making a small change will have a big impact. But if everyone makes a small change, then it’ll make a big impact.

I think we’re in very good hands with this next generation. Sage pinpoints the false economy of short-sighted thinking. But duct sealing, it seems, delivers huge short-term savings as well. The results seen even in single school installations are very impressive. 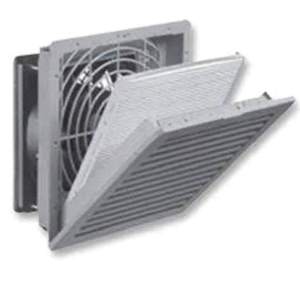 I’ve been in the infrastructure business for nearly 40 years. And over that 40-year period, I never knew that air duct vessels could leak between 20 and 40%. Never knew that never knew the cost of that leakage. And one thing that we’ve discovered is the promise here and the performance that duct seal offers to this mission of reducing carbon, most ducts leak by on an average of 30%. So, once we seal those ducts from the inside, through a product called Aeroseal, we’re able to induce 30 to 40% more airflow into that space. That’s a 30 to 40% more airflow into the space.

Then the next step is how do we harvest the utility benefits from that? Utility harvesting? We’re getting 30 to 40% more airflow. Now what can we do? Well, if we apply variable frequency drives to these fan systems, we have an opportunity to harvest utility savings. What that looks like is controlling fan speeds, controlling the start stop modes of these fans, scheduling, etc. All of that goes into optimizing airflow, comfort, indoor air quality. And lastly, it gives us a harvest on utility savings, which by and large 30 to 40% of those savings are probably going to be gas, it’s going to be carbon that we’re chasing.

So, it’s basically the old penny saved is a penny earned. Yep,

Now, how do these impressive energy savings translate into cost savings? Walk us through that. 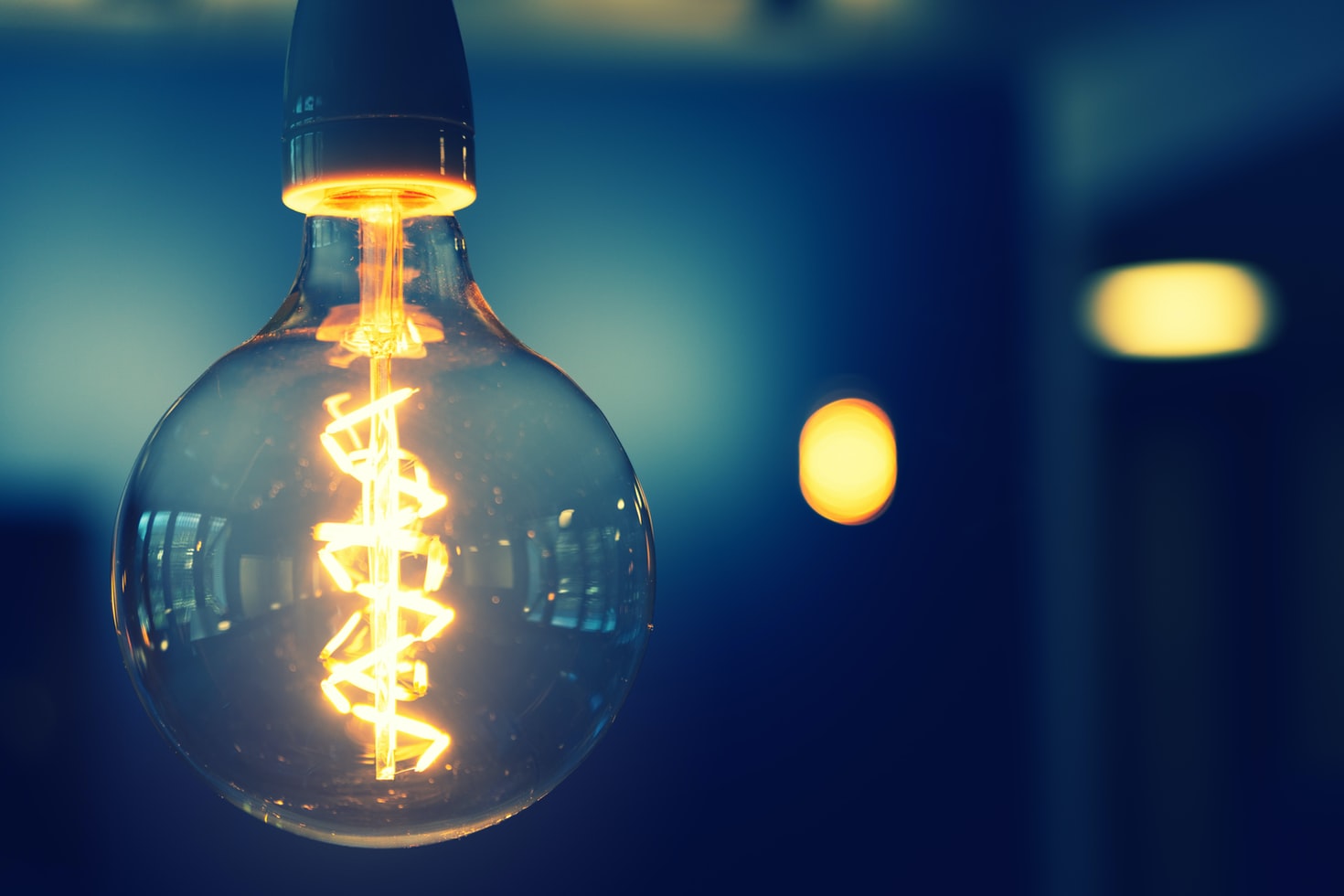 The information that we have today, we see that we can reduce the overall utility cost of a bill an average school bill by eight to 12%. That is huge. And the payback, the return on investment is in the area of five to seven years. Impressive. And as I mentioned before, 40%, roughly, of those savings will be in gas. So that when we take that reduction and compare it to the total gas cost the total amount of carbon emitted from gas, were harvesting a savings of somewhere between 10 and 15%. So, think of that 10 and 15% as a correlates to a 37% GHG reduction, I would say this is a really good head start trending towards 37% reduction of carbon by 2030.

And Tim these results not only deliver huge financial benefits, but also social and environmental from a comfort and learning perspective. I think we have a clip speaking to this from Tim Ellis, Superintendent of Business services for Trillium Lakelands District School Board. Here’s Tim,

One thing that we’ve noticed less complaints. We’ve noticed that teachers are seem to be more comfortable in their space. So we don’t have hard doubt on that. But those of us who received those complaints from teachers and received the work orders and come in and this is hot or this is cold and those are dropping off. We’re seeing that teachers are happy in their space. The kids aren’t, are, aren’t complaining as much about the hot and cold, and that the actual learning environment seems to have stabilized a little bit more from a, from a physical comfort point of view. And the only thing I can really point that too is that we’ve done duck selling nothing else.

That is quite a testimonial to the improvement of the learning environment from Duct ceiling. But again, the reduction in energy costs and carbon is equally remarkable. And circling back to the pain we’re feeling at the pumps right now, fuel prices with rising carbon taxes are going to increase like never before. 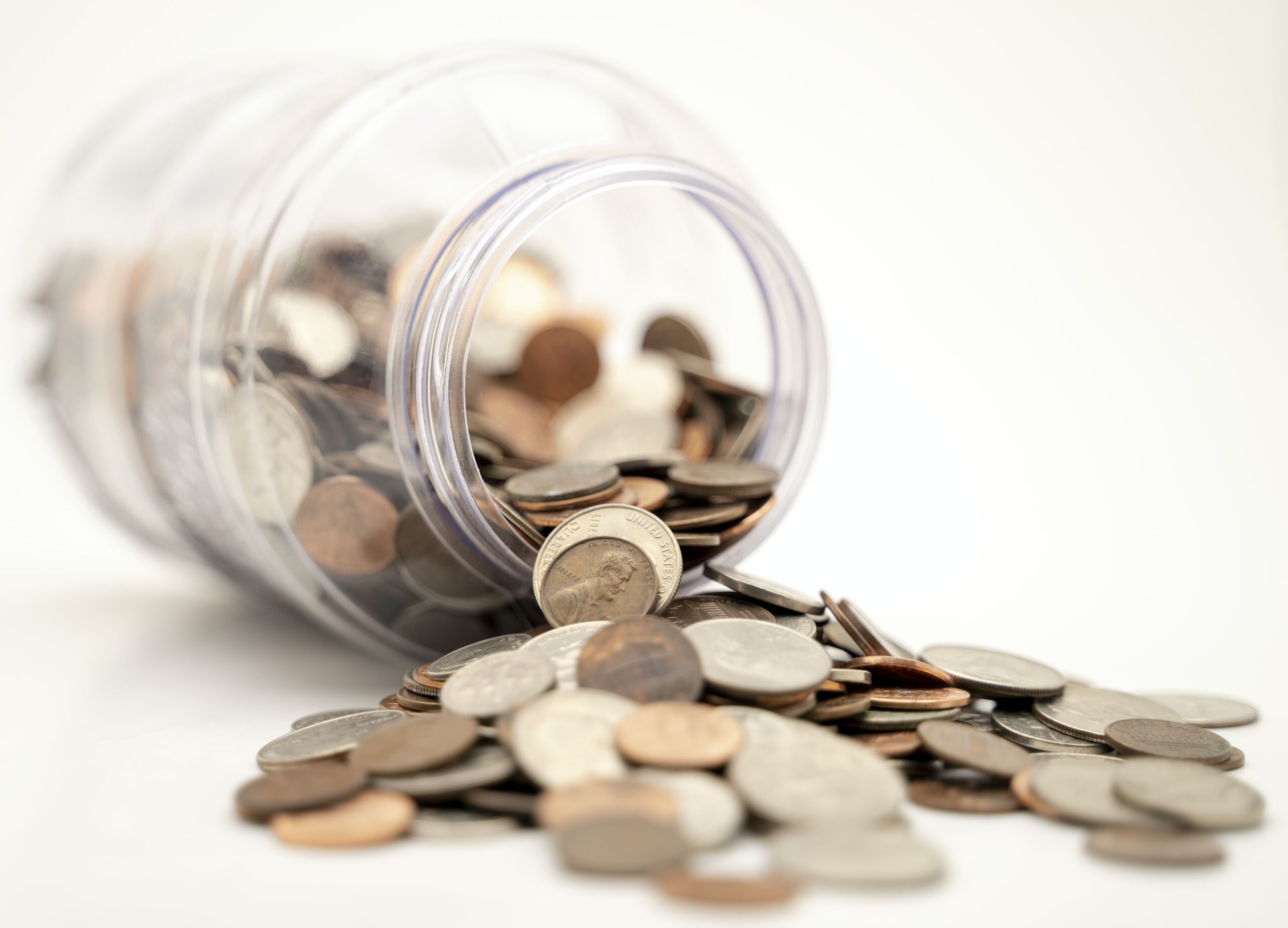 As that cost increases, that takes dollars out of the classroom. Now we’re spending it on waste and utilities. And we’re not spending the money in classrooms. And when you take a look at where the carbon tax is going for where we are in Canada, where $30 a tonne right now, by 2030, we’re going to be at $170 per ton. Let me translate that the cost of fuel today for gas will be three to four times more expensive in nine years. Just to put that in perspective. That’s where this is going.

So that’s a lot less money for hot lunch programs for iPads for special ed programs that are already suffering.

Absolutely. It just compounds more pressure on the goal of how do we find ways pathways to get money into the classroom to benefit the education of our kids?

Wow, those are striking numbers. Bottom line, duct sealing can take a big chunk out of school climate change goals without a massive taxpayer burden.

You know, if we looked at carbon and strategies as that old metaphor of rocks, pebbles and sand, I’m seeing duck seal is one of those big rocks that’s in that container that we have to identify and get out sooner than later. 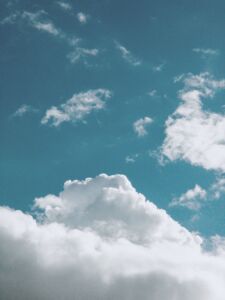 Tim, thanks so much. This has been fascinating. Thank you 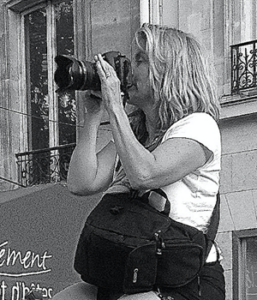