KUTV — For Jackie Rawlins and her family, the beginning of 2020 seemed like the perfect time for a new beginning. They moved to Utah from Idaho in March, excited for a new chapter. Then COVID-19 upended the world.

“It was a weird time for everybody, trying to figure out what that meant,” said Rawlins.

She and her family had so many questions. Where would she work, and more importantly, where would her kids go to school?
“We started researching how each of the schools were handling (the disease),” Rawlins said.

The Rawlins family eventually chose to send at least one of their kids to Monticello Academy in West Point. In addition, Jackie started working at the school as a librarian. Rawlins says she picked the school primarily because of a high-tech air-flow system that the school had recently added to its HVAC system. 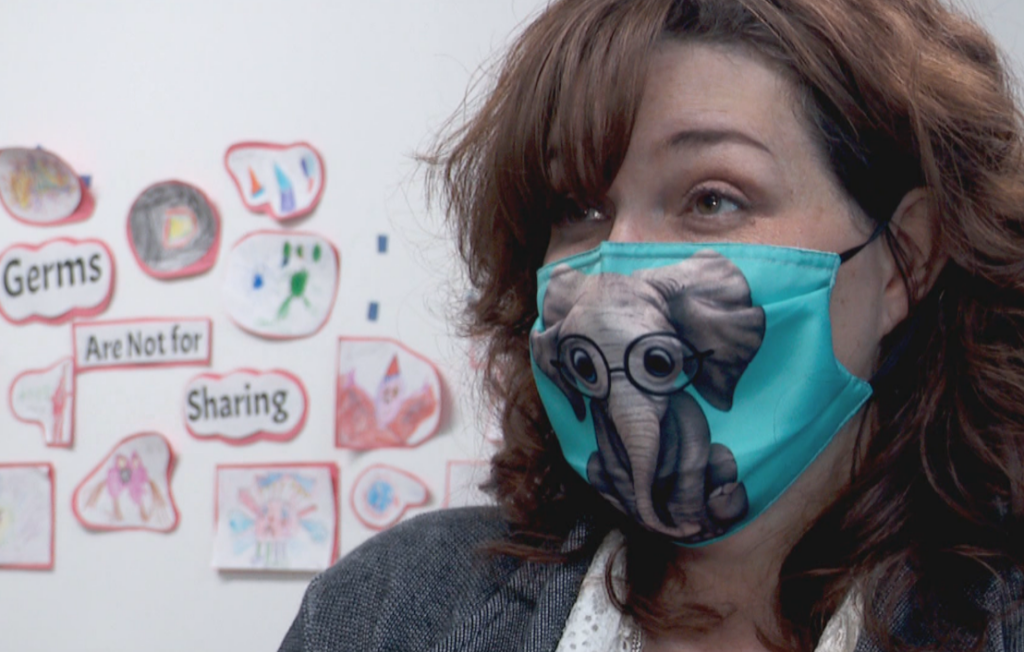 Jackie Rawlins says she picked Monticello Academy primarily because of a high tech air-flow system that the school had recently added to its HVAC system. (KUTV)

“We were very impressed that (the school) was being proactive,” says Rawlins. Monticello Academy has two campuses, including one in West Valley. Executive director Dane Roberts says the system is helping to keep kids at both locations safe from COVID-19.

Monticello installed several add-ons onto its rooftop HVAC units. The school used $30,000 of CARES Act money to purchase the new technology. The company that makes the systems, RGF Environmental Group, says its filters use charged plasma particles that stick to foreign particles and neutralize them. It claims the system gets rid of 99.9% of pollutants like mould, bacteria and, more importantly, the COVID-19 virus.

“We’ve had only one family that’s gotten COVID, while schools very nearby have had to close due to what looks to be a spread within their school,” says Roberts. It is an imperfect comparison, but over the past several weeks, Monticello’s West Valley campus recorded zero active cases of COVID. A neighbouring Granite school, Neil Armstrong Academy, which is similar in size, recorded five.

Granite spokesman Ben Horsley tells us that comparing Neil Armstrong to Monticello is not an apples-to-apples because of the different populations the schools serve. Horsley adds Granite has installed hospital-grade filtration systems in their schools district-wide.

“Neil Armstrong Academy is safe, as are all schools in the Granite School District. Contact tracing has shown that approximately 81 percent of positive COVID cases came from family or social gatherings outside of school, versus 2% on school properties. There are 18% of COVID-positive cases whose origins are unknown,” Horsely said. 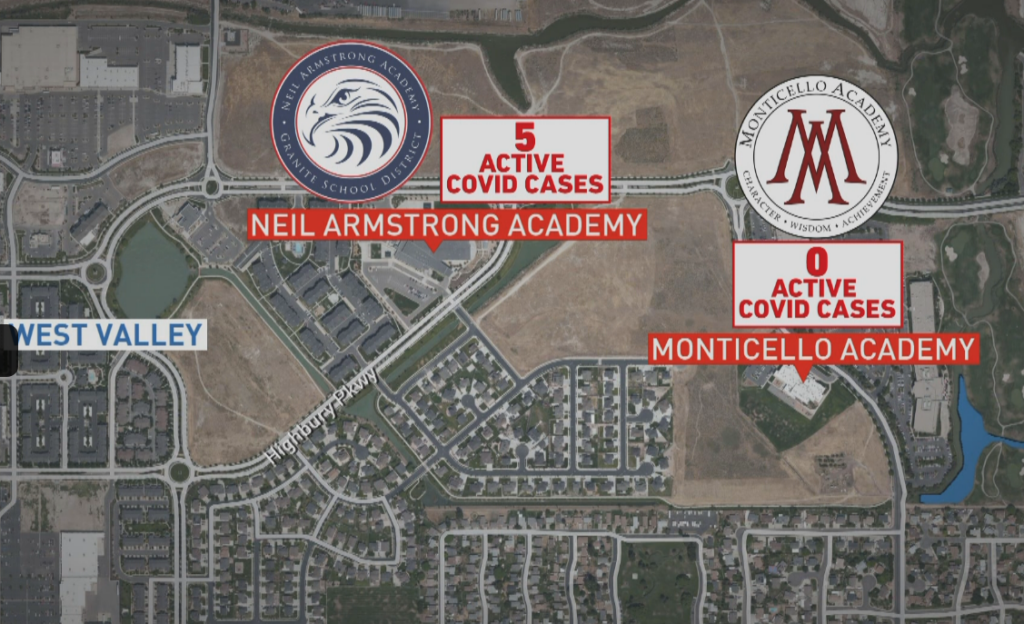 It is an imperfect comparison, but over the past several weeks, Monticello’s West Valley campus recorded zero active cases of COVID. A neighboring Granite school, Neil Armstrong Academy, which is similar in size, recorded five. (KUTV)

University of Utah professor James Sutherland is one of the country’s foremost experts on airflow patterns. He says there are few independent studies that back RGF’s claims.

Filtration systems like the one at Monticello can help reduce the spread of foreign pathogens, Sutherland said. However, studying the airflow inside your business or school, then seating students or employees accordingly, can do more to stop the spread of COVID than zapping air before it comes into the buildings.

“What you would ideally like (is) you control airflow patterns in a room so that you don’t have one person’s breathing area being across from another’s breathing space,” says Sutherland.

But Roberts, Monticello’s director, counters that this is exactly how his systems ideally combat the virus.

“The ionized particles fill every nook and cranny, every cubic foot of our building,” Roberts says. “They kill viruses wherever they are, which presumably prevents transmission, even without the air passing through our HVAC unit.” 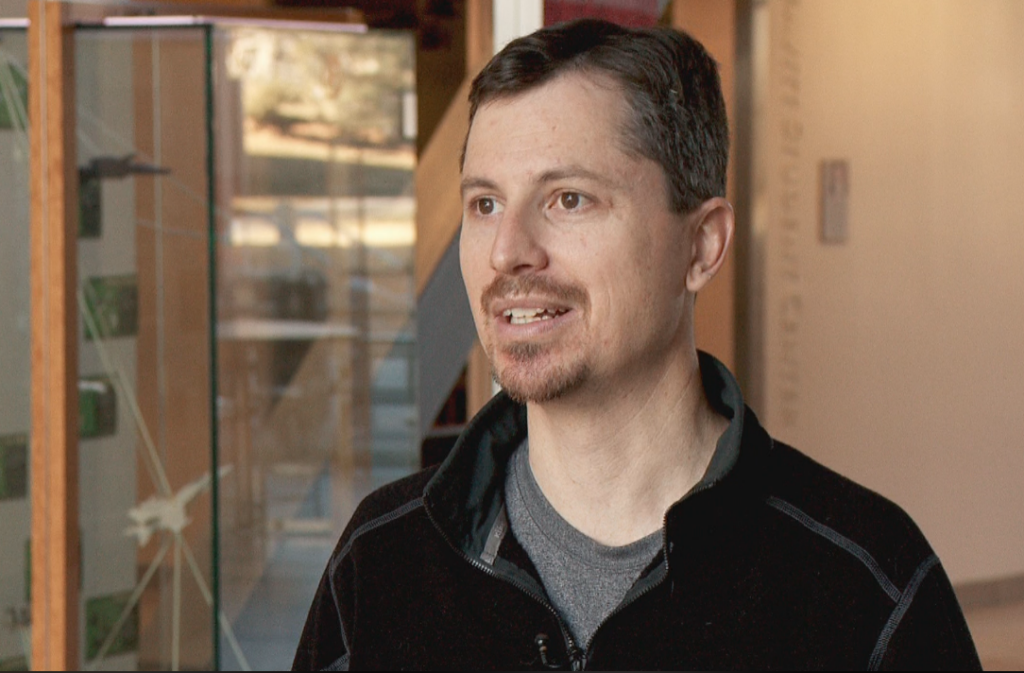 University of Utah professor James Sutherland is one of the country’s foremost experts on airflow patterns. (KUTV)

Sutherland also says filtration systems, although able to knock down the accumulation of germs in a building, can’t do much about an infected person who can enter and spread the virus directly to people if the sick person comes in contact with others.

“It’s not going to fix the problem of, if I’m sick and you’re near me, then I’m going to pass it to you,” says Sutherland. “The HVAC system has a hard time intervening in that local transmission.”

As for Rawlins, Monticello’s’ novel system provides her peace of mind in a world where COVID-19 seems to fill every chapter of our lives.

“I told my husband, I feel like I’m in the safest place I could be working,” says Rawlins. 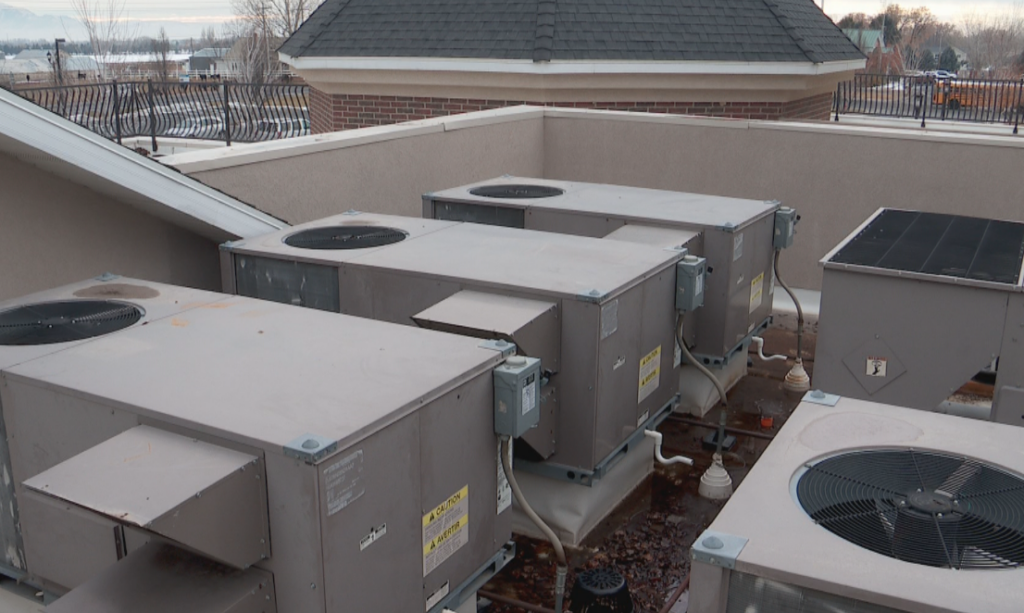 Link to the article: https://kjzz.com/news/local/utah-charter-school-says-their-hvac-system-prevents-spread-of-covid-19